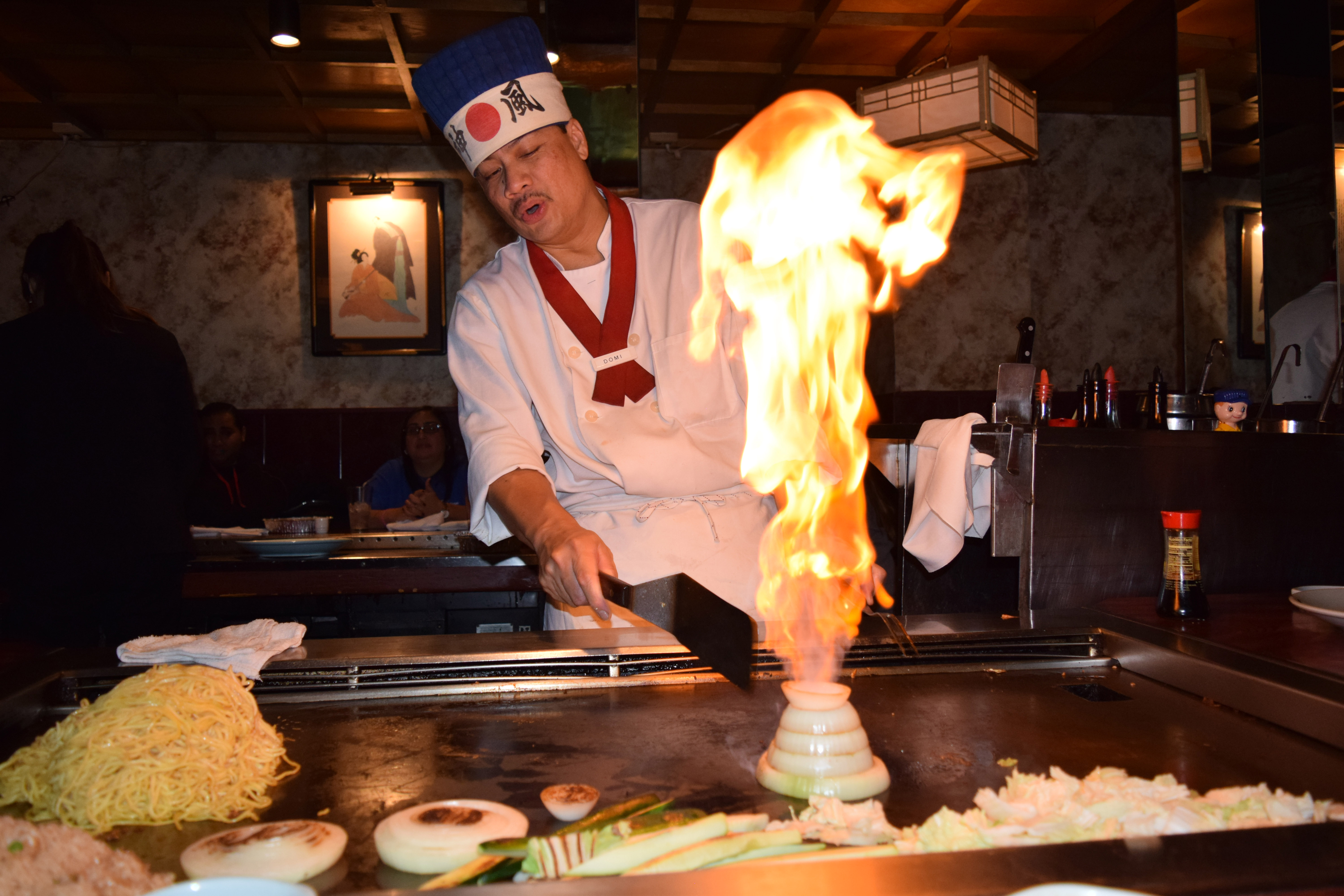 Went out to hibachi Friday night for my mother’s birthday and I wrote a Yelp review on it. If anyone was thinking about going there, read this!

Off the bat I’ll tell you, coming here you’re looking to spend around $30-50 per person, which is of course expensive, but for hibachi it’s just about right.

I’ll start off this review by talking about the food. Came here on a Friday night for my mother’s birthday. I ordered the Sukiyaki steak which is thinly sliced meat with teriyaki sauce. Before being served your main course, if you order hibachi, you get access to a hot appetizer and salad bar. I got a little bit of salad, some boneless teriyaki chicken, fried onion and tofu and a couple of spring rolls. The appetizers were good, and I filled up on them. One thing is for sure, they serve a lot of food. Coming here, you’re going to have leftovers. 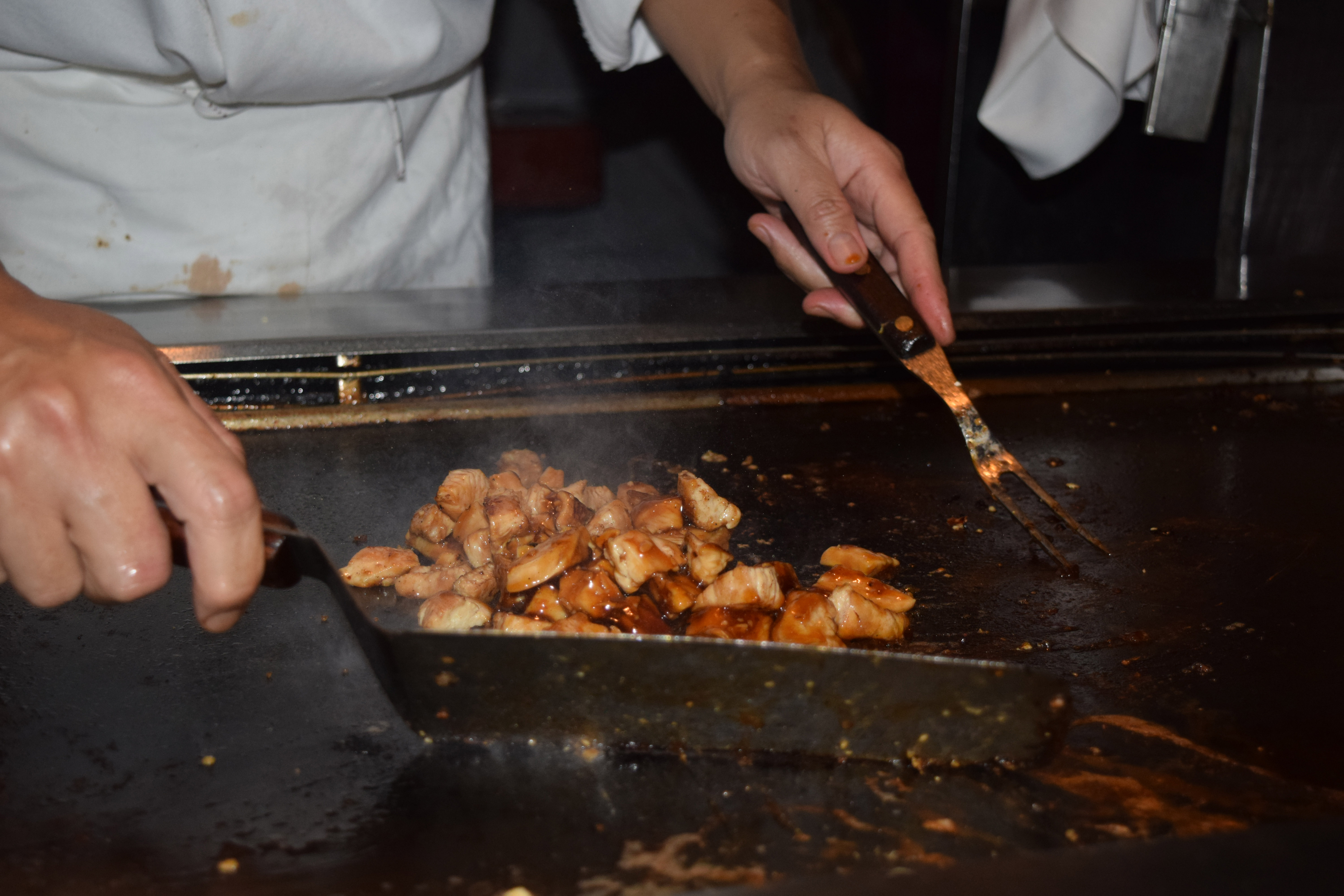 Following appetizers was onion soup. The soup did not taste like any onions I’ve ever had, but it was alright; very salty and practically nothing but broth.

Following the soup, the hibachi chef comes to the table and begins to prepare your food. You get shrimp, zucchini, cabbage, lo mein noodles and vegetable fried rice. I don’t eat seafood but I was told but others in my party that it was very good. The zucchini and cabbage were crunch and very much to my liking. The lo mein was tasteless. Honestly, probably the worst lo mein I’ve ever had. The fried rice was also nothing special.

The sukiyaki steak however, I must say was very good. It was juicy, sweet (which I like) and flavorful. It had a soft texture to it and was a little bit chewy, but not so much that you were sitting there for long trying to eat one piece – it was just right.

I also ordered a drink (Mt. Fuji colada) with my meal. Upon taking the first sip, could tell that it was not mixed well. Nothing a few stirs with my straw couldn’t fix, but still. They serve the coladas here shaken, not stirred, something I wish they specified but nevertheless, I enjoyed the drink after stirring it. It was strong and garnished with an umbrella and a cherry, nice touch. 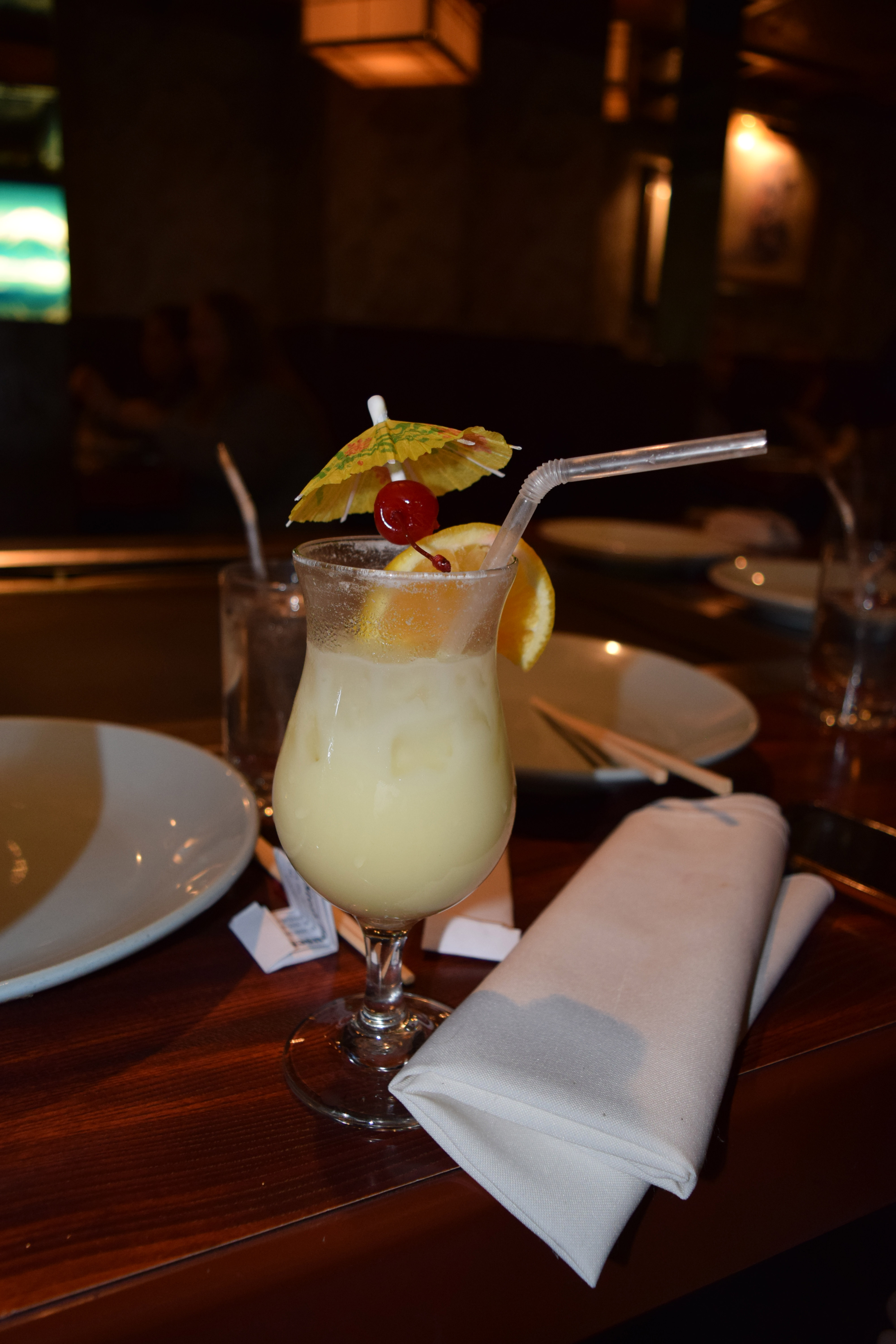 Now I’ll talk about everything else. Majority of our 17-person was at the restaurant by the time of our reservation at 8. We waited another 10-15 minutes to be seated because they said the tables were still being cleaned off, no big deal. We were seated at two separate tables because each one seats 8 people, which happened to work out fine for our party.

Right after being seated a server was there to take our drink orders, and was back with them in about 10 minutes. Five minutes later she was back to take our food orders and after everyone ordered, we were invited to take from the appetizer and salad bar. After everyone had finished their apps, they asked who wanted their soup and brought it out soon after.

About 15 minutes after we finished our soup, the hibachi chef came to the table I was seated at. For the hibachi chefs, my table had a different experience than the other table in our party did. Our chef was a Filipino guy named Domi. Domi was entertaining and had all the food for the seven people at my table who ordered hibachi ready, in less than half an hour. He kept talking the entire time he was cooking, doing a little singing as well. He played with a piece of shrimp, threw a couple pieces of food into his breast pocket, and made a tall fire in some onions he was cooking.

I have not been to hibachi in a long time, but I do remember going to a couple when I was younger, and was disappointed that the chefs here did not do more tricks with their hands and cooking utensils. A big part of the hibachi experience for me was seeing all the cool tricks the chef would do, but still, it was fine. 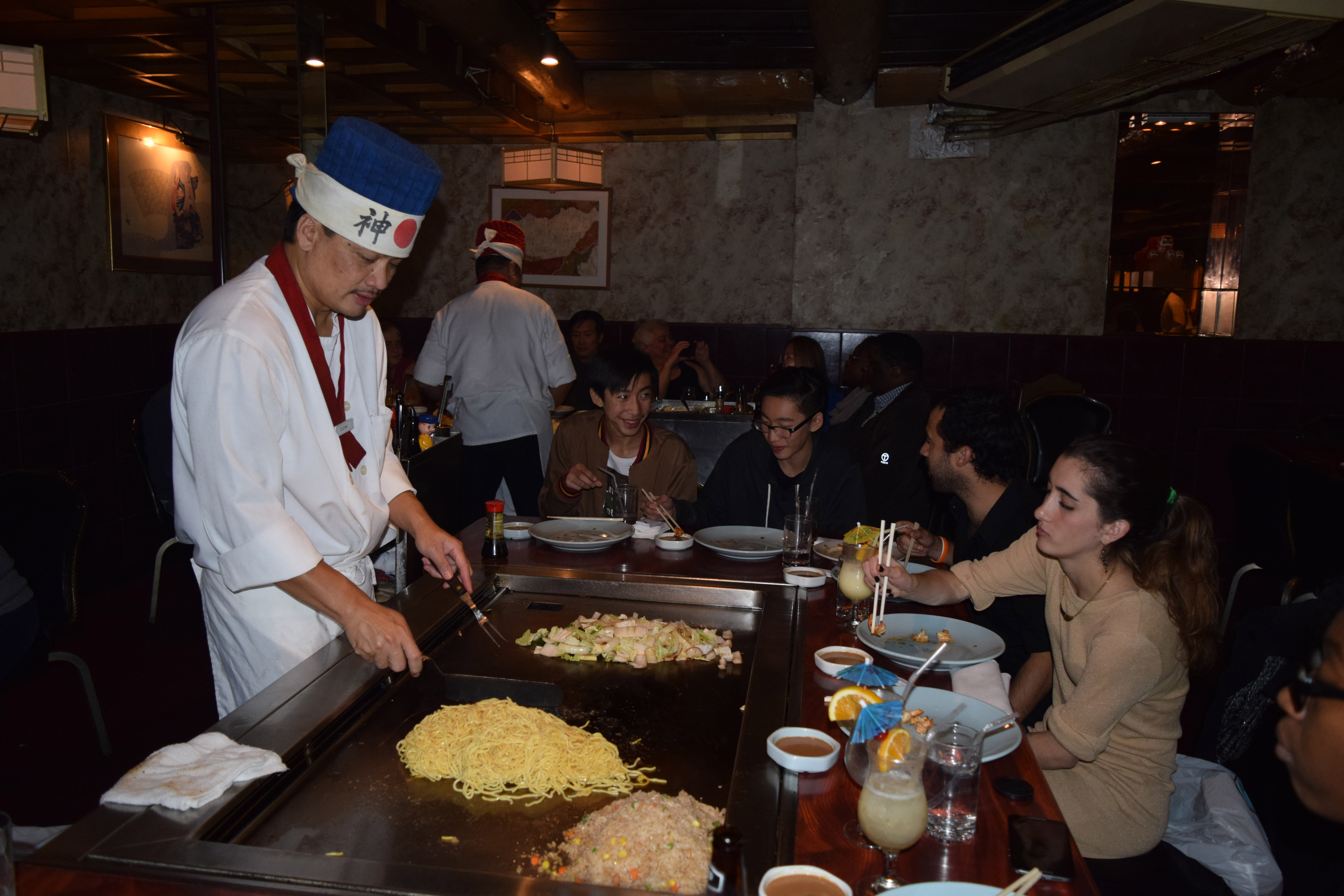 Unfortunately the other table in our party did not have a chef who was very talkative, or fast. I noticed that they sat, not very entertained, waiting for their food. It seemed their chef took twice the amount of time to finish the food as ours did, and their chef also took longer to get to their table than he did ours.

The final piece of the review is the cleanliness and feel of the place. Mt. Fuji in Hasbrouck Heights is a relatively small, very nondescript building located right next to a Starbucks on rt. 17. While it does have a sloping roof and shingles which might make you think of Asia, I say nondescript because it looks from the outside that it could be a building that’s not in use.

The inside is of the restaurant is dimly lit, and has absolutely no windows. Some reviews I’ve read say it feels homey, others say it looks like a dungeon. For me, the feel falls someplace in between. The dark color scheme maybe wouldn’t be so bad if there were windows to the outside.

Like a lot of people mention, the place could also do with a renovation, or a big cleaning. My mother said in certain parts of the restaurant, her feet were sticking to the floor, and my brother  got a black scuff in the restaurant on his brand new boots.

TLDR: Overall this place is average. It does alright in certain aspects, falls short in others. Decent tasting food (big portions) for average hibachi price.